Pwnboxer and WoW 5.4 : Siege of Orgrimmar. Game windows not on correct monitors

Today I tried to get pwnboxer to run WoW 5.4, and run it did .... just not on the correct monitor(s) (all the game windows got piled up on top of one and other).

However a quick investigation turned up the cause of the issue. As of patch 5.4 WoW no-longer seems to respect the run in 32bit mode option Pwnboxer sends to it (something Pwnboxer currently needs it to do).

Rather it looks at your OS and goes 'oh this is a 64bit pc I'll use the 64bit client' even though it has been asked to run the 32bit client.

The fix to this however is quite simple first go to the 'WTF' directory under the wow directory and look for the 'Config.wtf' file, then add/amend the line below 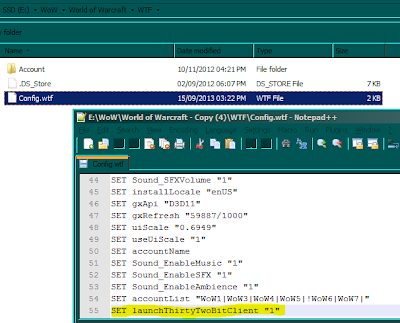 Then go to the main wow directory and rename the 64bit client from 'Wow-64.exe' to 'aWow-64.exe' that will stop the launcher trying to load it. 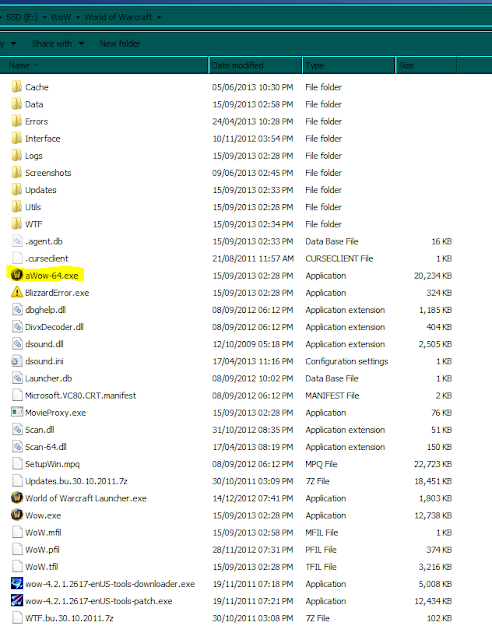 For more info, see the official forum post about the problem
http://multiboxing.com/forums/f32/new-patch-bug-causing-pb-issue-5823.html

Well this was an odd one. Today I tried to get Xsplit to record system sounds aka the sounds a game plays over the speakers etc. but it failed to do so. Mic input worked fine when tested so I had a deeper look into the issue.

It turns out that the latest patch for Xsplit did something odd to its response to being muted in the system sound panel. Rather than muting the app (xsplit) like it should, it muted the system sound input to Xsplit instead. So as a result you have to keep the app un-muted to make it work properly. 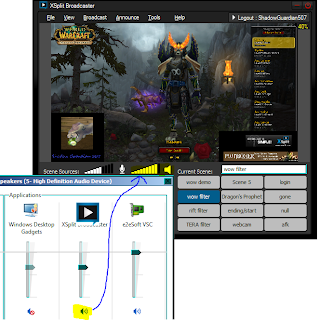 Recently I purchased Final Fantasy XIV and I have to say its a impressive game (just have a look at the graphics it has. see this Link)

However having played it for several hours I came to turn in a quest but it had a grayed out complete button, this had me thinking I had missed something in the quest and so I went back and followed the quest through thoroughly end to end and found .... nothing, I had not missed a thing apart from the fact that the quest turn in had ... options for a reward, but being that I have my system set at a high resolution and the text was small and a similar colour to the popup background, I missed the 'options' label entirely.

(see screen grab below so you don't miss it ;-P ,
note I have highlighted the sections so they are easy to spot ) 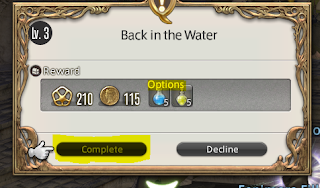 also whatch out for things like dye or Materia vendors as these will be no good to get anything from until you have the correct crafting skills to use them unlocked (this differs from dyeing things in Rift or geming items in WoW so if you come from either of those games you will be easily caught out).
Also on the point of differences, whilst you can buy things directly from the market boards in each main city you don't appear to be able post items directly to them (like you can in Rift or WoW) instead you have to use a 'retainer' these NPCs can be unlocked via the  'retainer representative' NPC but ..... only if you have enough rep with that city.

I hope that this post helps some of you out.
Posted by Shadow at 02:59 No comments: